Applications of BioCat+™ in agriculture 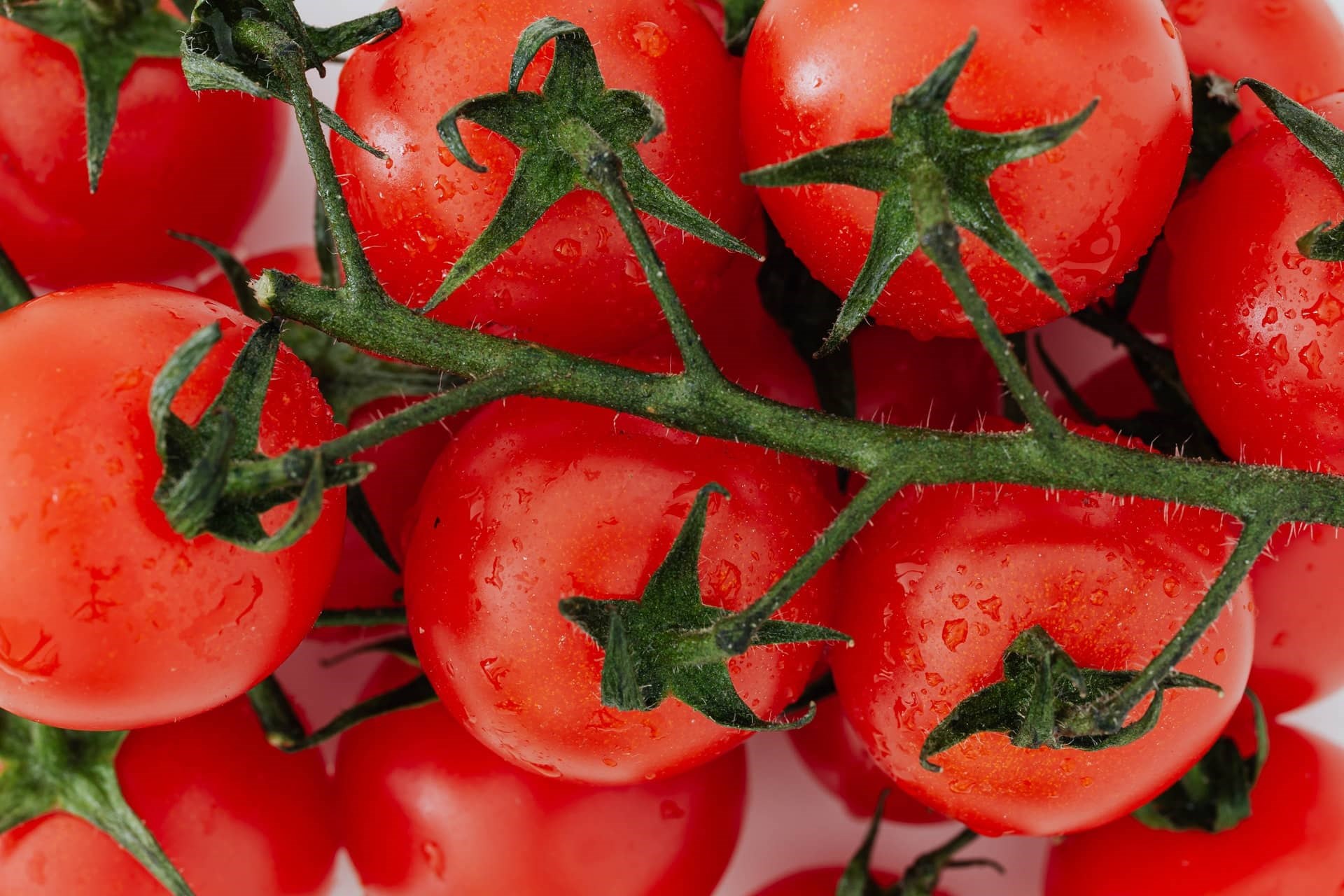 BioCat+™ is a unique organic biostimulant technology which promotes the natural biological control and enhancement mechanisms inherent in all microbial biosystems. It is being applied to biosystems in the bioenergy, bioremediation, livestock and crop production industries.

Agriculture depends on plant/microbe interaction and ensuring that the microbial biosystem is healthy and diverse results in better performance, higher yields and more nutritious products. A healthy microbial biosystem helps the plants to resist disease and reduce the dependence on pesticides.

The addition of BioCat+™ to the rhizosphere and foliage of a number of crop types is demonstrating marked beneficial effects. These include root development, plant growth stimulation, yield increase and disease resistance.

The consequences are increased production, higher quality produce and reduced chemical consumption. The quality and shelf life of many products are improved as is their nutrient and vitamin content. These factors lead to the most important benefit – increased profitability.

We have discovered and developed methodology to collect, culture, preserve and subsequently propagate a diverse biosystem of biostimulants that interact with a massive number of bacterial, archaeal, fungal and viral species. The rhizosphere of healthy plants in healthy soils contain a great diversity of microbes working together to optimise the plant microbe interactions.

For many years BioCat+™ in its various formulations has been applied to a wide range of biological processes. Early applications were in the municipal and industrial wastewater market, later into the bioremediation field of recalcitrant industrial chemical waste contaminated sites.

As time went on applications were developed in livestock production, bioenergy and poultry.

Throughout this period many tests and trials on various crops were carried out with high degrees of positive results. A limited number of commercial projects were established although the timing was not yet right for business to understand the benefits of complementary organic biostimulants.

More recently concerns over the possible impacts of agricultural chemicals on human health along with damage to soil microbiomes has resulted in increasing interest in natural and organic solutions. Recently revelations of the basis of this technology and a move towards the acceptance of natural biostimulants without defined mechanisms has caused us to focus more on the agricultural crop market.

Applications of BioCat+™ in agriculture 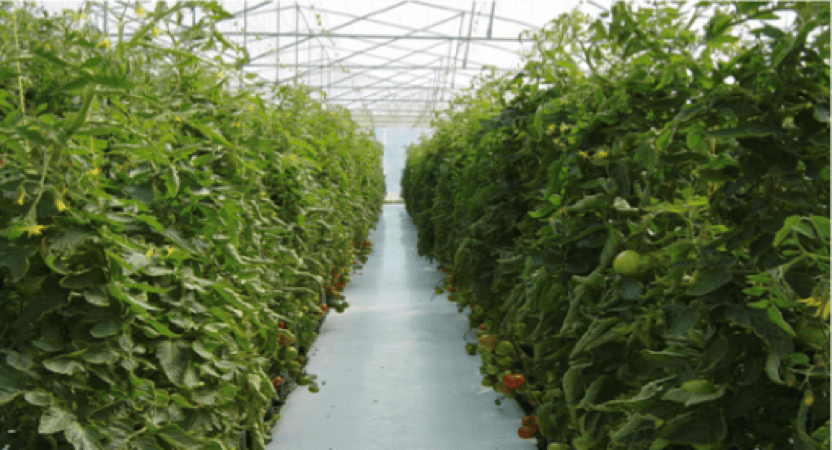 BioCat applied via fertigation drip feed. The tunnel was divided into eight different zones, half treated with BioCat and half as controls. Cultivation practices were kept standard in all zones. Normal pinching out was carried out. The yield increase of the BioCat treated zones versus the control zones  was 16,7%. The BioCat treated inner rows had an even greater increase over controls at 21% (effect of light intensity). The shelf life of the treated fruits was much greater than untreated controls, fruit could be left at room temperature for 4-6 weeks.

20 pots each containing one tomato plant were compared with 10 receiving 1% BioCat solution in the irrigation water and the controls just water. Fruit set was measured from the day of onset of fruiting for 17 days.

The tomatoes grown in the pot tests above were allowed to grow to maturity and then sampled and subjected to analysis for some vitamin and pre-vitamin content. Each compound had higher results in BioCat treated plants with Ascorbic Acid (Vitamin C) being 50% higher. The increase in such content is believed to be the reason that the shelf life of the fruit is enhanced.

Three cucumber farms that were severely impacted by fungal and bacterial diseases, which threatened the viability of the farms. Over the past couple of years many chemical treatments to the plants and water have been tried to address the problems but to little avail. BioCat+™ were introduced into the fertigation make up reservoirs. The effect of the plants has been dramatic, fungal infections have drastically reduced, powdery mildew has declined to almost insignificance without spray treatment. In particular root development is much greater and more rapid as is the growth rate of the seedlings. Leaf area of the plants is much greater and plant uniformity much improved. The production level of the farms have soared with high quality cucumbers being produced. 3-4 more cucumbers per plant are being produced compared to history. 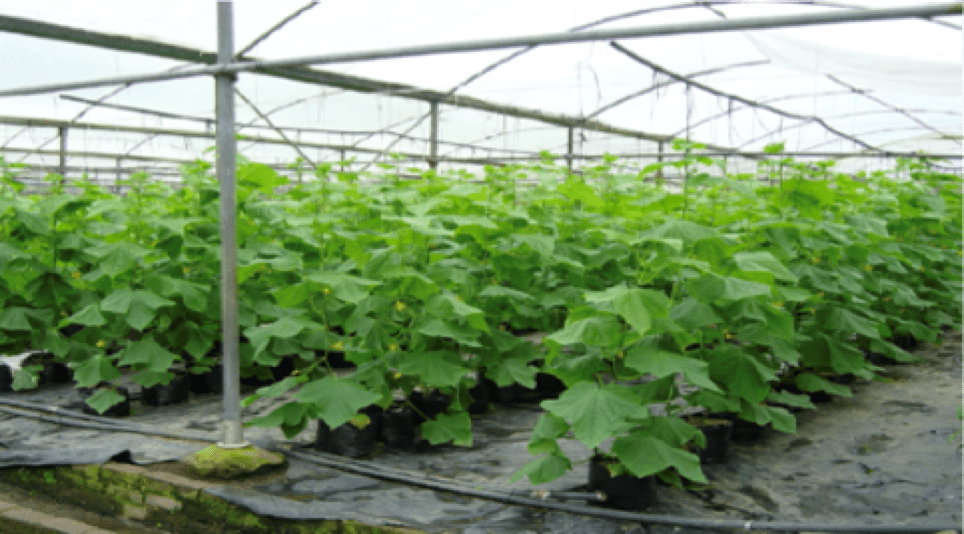 About 50 Phythopthera infected trees were treated regularly with BioCat+™ applied to the root zone. Over a period of three to four months the trees recovered with affected leaves recovering and considerable new growth generated. The treated trees fruited well and remarkably higher nut retention on the racemes was noted potentially indicating much higher yield potential.

Extensive trials are underway this season on 3000 trees ranging from newly planted through to 18 year old mature trees of different cultivars. Treated blocks are being compared to control blocks of the same age, cultivar and location on the farm. The objectives being to determine the effect on nut set, yield and tree health. Where identified Phythopthera infected trees will be individually treated. 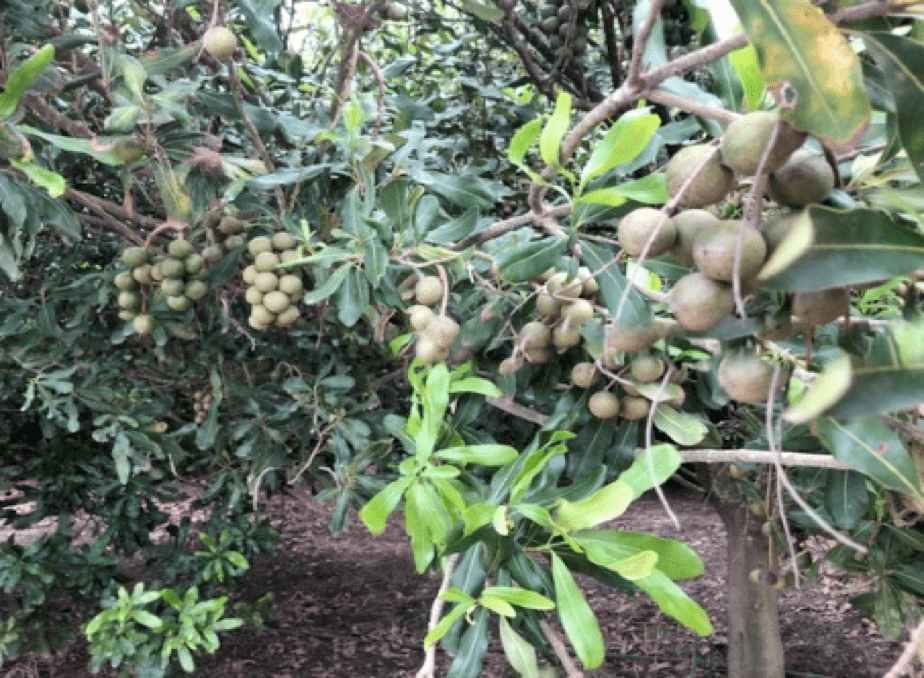 Both recreational and medical cannabis glasshouse operations are being commercially treated with BioCat+™ in Western USA. Yield increases of 20% compared to controls are routinely achieved. A highly significant observation is that slime build up in the irrigation system is eliminated and fungal diseases are minimised which is important as pesticide use is prohibited.

The THC oil content of Gorilla Glue cultivar increased from a maximum of 28% to 34%.

In South Africa 2 hectares of field planted medical cannabis was treated with BioCat+™ applied to soil and foliar, total plant yield of bud increased by more than 20% in treated blocks compared to control blocks. Large increases in plant stem diameter and root development were measured. The lefthand picture is the control block, the righthand picture is BioCat+™ soil and foliar treated, the difference is striking. 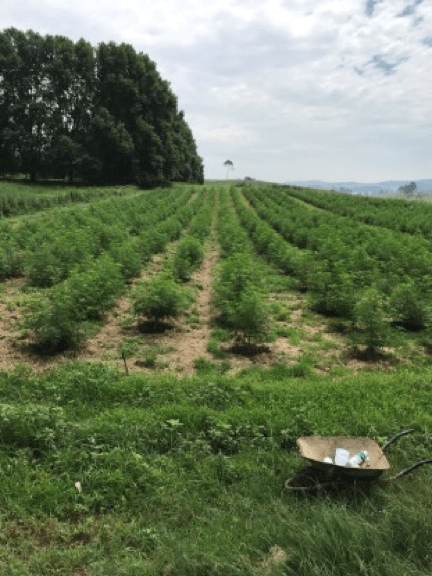 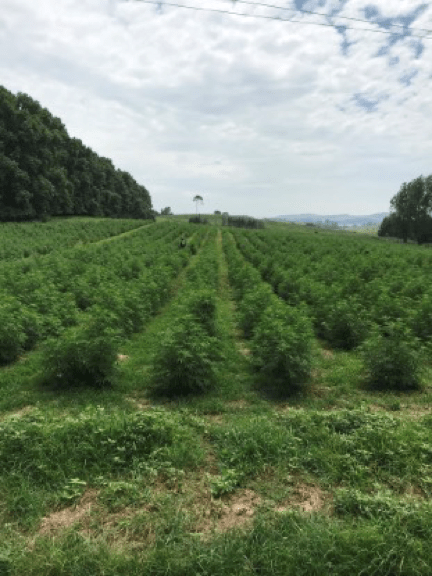 Salad vegetables grown in gravel beds were suffering extensive damage and crop losses in warm weather due to pythium and similar fungal infections. Addition of BioCat+™ to recirculating fertigation water resulted in much lower fungal losses and increased growth rate and appearance of the crops

Small scale tests with BioCat+™ on a few hundred plants showed increases in yield of over 20% compared to the controls.

This season we have two pivots of seed potatoes undergoing controlled trials using BioCat+™ applied in furrow at planting and via the irrigation system on a routine basis. The objective of this years trials are to determine the increase in the numbers of potatoes formed (they are seed potato producers) subsequent runs will be to determine to what extent pesticide use can be reduced.

A number of tests have been carried out by the Department of Botany at the University of Pietermaritzburg in South Africa.

Tests on a Heinz variety of tomatoes showed more rapid and greater number of fruit set. Tests on onions showed faster growth and larger onions produced within the test period. The conclusions drawn were that these effects were probably due to enhanced root production. However we now believe this is only part of the reasons with the effects on the root/microbe interaction being highly important.

In the picture below the centre melon was produced from a plant which started off very sick with mildew and was quarantined from other plants. It was treated with BioCat+™ by drenching the root zone and the plant and then produced new healthy growth beyond the old sick growth within 1 week.

The plant went on to produce the best fruit of the crop. 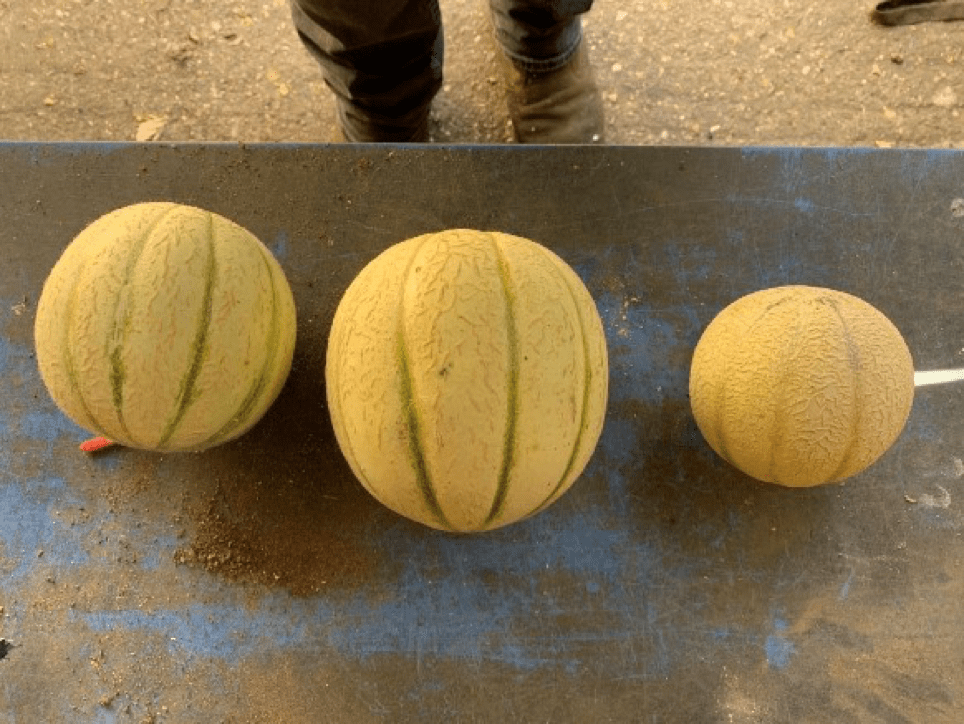 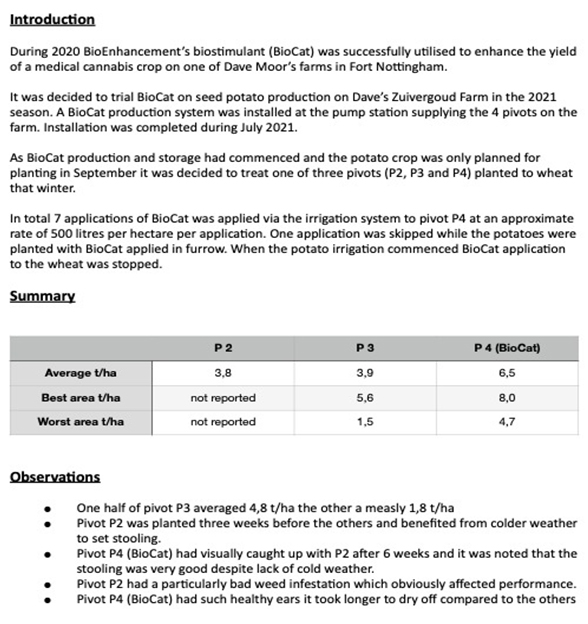 Numerous applications to a large variety of plants continue as a matter of course where measurements are not made purely because effects are expected. Crops include;- strawberries, raspberries, asparagus, lettuce, onions, herbs, pomegranates, beans, brassicas, herbs, etc.

Various observations on the effects on fungal and mildew infections have been seen, and similar the the experience on the macadamia trees, full recovery of diseased plants has been observed, leading to the plants fruiting, equally as well as, and usually better than the previously healthy, untreated plants. (Tomatoes, cucumbers, pumpkin).

Application to a soya bean crop showed much higher protein content in beans from treated plants than those untreated.

In tests carried out so far the following have been constant results:

To find out more please view more about our horticultural improvers and get involved, please get in touch with us here at Citadel Environmental Solutions